Welcome to the Library!!!

“When we pray we speak to God; but when we read, God speaks to us.”
– Saint Jerome

Please check out Mrs. Dunlop’s Library Notes: Fun Things to Do from Home. This new weekly digital newsletter has activities for all ages, preschool-8th grade. If you have a great activity you want included, email me your idea and link, and I will see if I can fit it in!

Our younger students chose an animal, learned a bit about that animal’s characteristics, then composed alliterative poems to describe it, Our middle schoolers chose a Saint and used alliteration to describe that Saint. Enjoy a sampling of their amazing works!

The sea turtle is a sea animal that swims in the seven seas in the south.

Frozen they are cold.

Feathery some are feathery.

it is bald it is big it build nests

They run fast, faster than ever.

They are civit animals faster than humans that you will ever know.

They are cool and amazing animals.

They have a prized pair of peepers.

Had a big mouth

Saint Teresa of Avila was thoughtful and truthful.

She touched the hearts of those who had trials.

True was she who took to mind the needs of those around her.

Totaled and judged by hypocrites, she persevered and took to God.

Jesus was is son

Joseph was a lovely person

He was very educated in a School well built.

John died at Edgbaston may he rest in peace.

He was born in England and that’s where he grew.

He ate enough to live his life for 89 years.

Was a women without a doubt.

Willing to serve God she was all about.

Wonderful things she did all her life,

Many stories are told about how warm and wonderful was she,

And when her day was done, God asked why don’t you come with me.

St. Rose of Lima was born in August

She was against vanity always

Always against being attractive

Chose to flee the peril

Kind to his Kiddo

Had a lot of Knowledge

His kindred never doubted him

His promise to protect his family was one that he Kept

Saint Camillus cares for christ cause she was conscientious

By chasing deer, became bound to an angel

Beside the angel was the blessed site of the covenant.

Beautiful gobnet one of God,

Forever remembered By the blessings she saw.

Christianity. Someone super mean tied him to a tree and shot him with arrows it is a

Battle of the Books

Battle of the Books is a school club open to 5th and 6th grade students in Catholic schools throughout the Diocese of Arlington.  As we wait for guidance from the Diocese, we may need to begin Battle as Zoom meetings this fall. Please try and get a head start of reading some of the books this summer. There are 16 books on this year’s list representing different genres of literature. TheDiocesan Battle of the Books competition takes place in May 2021, where each school is represented by a team of five students.

Song for a Whale By: Lynne Kelly

CLASSIC
Door in the Wall By: Marguerite de Angeli

Five Children and It By: Edith Nesbit

We’re Not From Here By: Geoff Rodkey 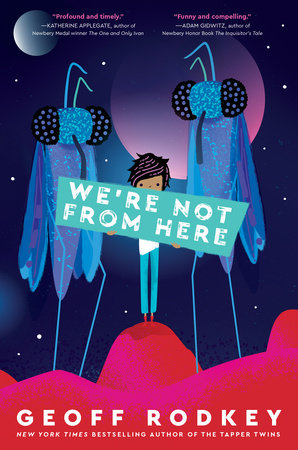 Queen of the Sea By: Dylan Meconis

MYSTERY
Samantha Spinner and the Super-Secret Plans #1   By: Russell Ginns

Wollstonecraft Detective Agency: The Case of the Missing Stone #1 By: Jordan Stratford

NONFICTION
The Fabled Life of Aesop By: Ian Lendler

Small Steps: The Year I Got Polio By: Peg Kehret

What’s your librarian been reading lately? I’m currently reading “The Book Wanderers” by Anna James, “The Mad Wolf’s Daughter” by Diane Magras and I recently completed “The Door in the Wall” by Marguerite DeAngeli and “We’re Not From Here” by Geoff Rodkey. So far all are excellent!

Battle of the Books